Bengal cat eyes of a veterinarian

Such different shepherds: species and breeds Such different shepherds: species and breeds

Shepherd – a favorite by many breeds of dogs, which was originally used to guard flocks of sheep. Later it became clear that these large and powerful animals are smart andwonderful trainable, so that to this day have been successfully used in search and rescue, guard and police dog.

A shepherd looks like? Surely you just remember a four-legged hero “Rex” series. Graceful red-black creature with a flexible thin legs, intelligent eyes and sharp, defiantly sticking up their ears – a classic representative of the breed. 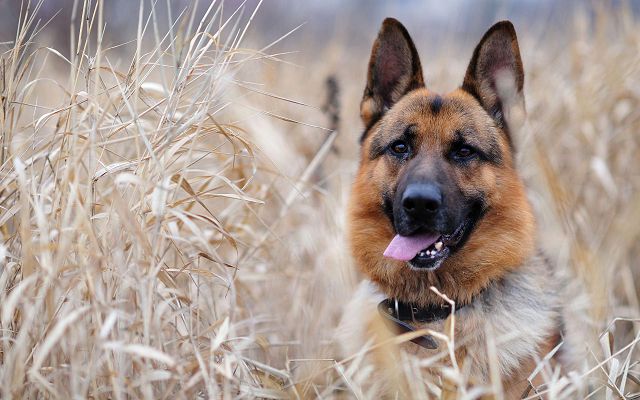 But there are other kinds of dogs. They differ not only in appearance and size, but also the nature: each species has its specific features.

These animals are intelligent, loyal, trained quickly be trained and obediently fulfill the requirements of the person. That’s why they are widely used in security, safety, military and rescue operations.

These dogs are wonderful pets. It is advisable to keep them in country houses, as such large and mobile animals barely tolerate confinement in a small space of the apartment. Do not forget that this is not a decorative dog: she must undergo Training and participate in competitions. 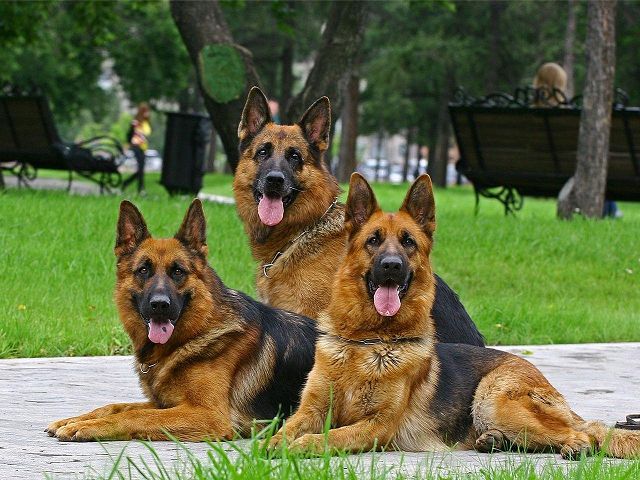 Devotion German Shepherds limitless: in a dangerous situation, they fearlessly rushed to help and even give their lives for their master.

These Shepherds have not very long hair, forming a thick mane and fluffy “trousers” on the feet. Color them can vary from black to mottled marble with reddish or white spots. To hair is not spoiled, a dog owner should always comb your pet frequent brushing. 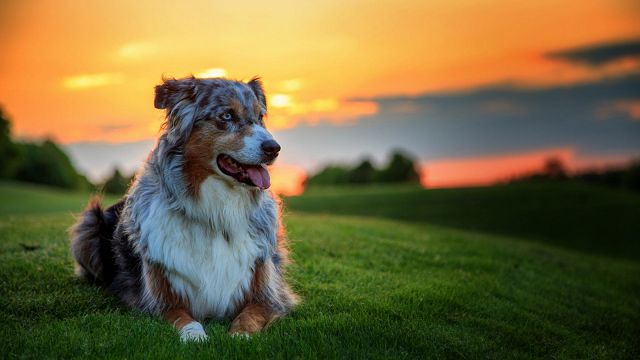 These Shepherd differ agreeable disposition, developed intelligence and endurance, making an excellent job with the responsibilities of the service or herding dog. A good character and infinite devotion to the person make them excellent companions.

This is a large animal with long slender legs, large head, drooping ears and tail curled into a ring – a descendant of the Turkish dogs. Wool from the Anatolian Shepherd is short, smooth. Their color is diverse – from uniform black to brindle or spotted.

A sharp mind and a well-developed possessiveness makes them excellent guards: they will not allow anyone to touch them entrusted property. 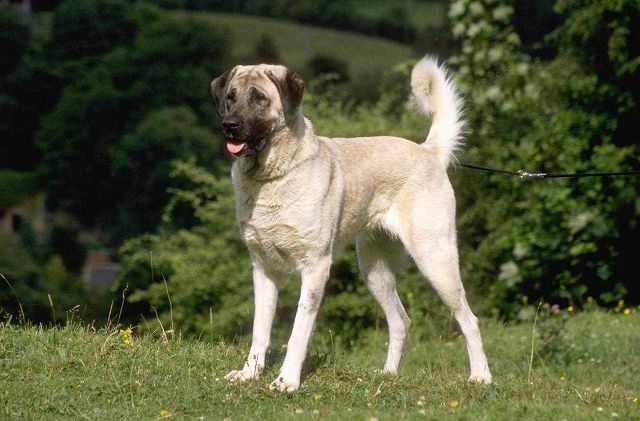 Representatives of this breed get along great with children. In a family where there is a child, the Anatolian Shepherd Dog will be a real four-legged nurse and no one will give offense to his young ward.

Homeland of the dogs – Basque Country. There Shepherds used to guard sheep herds. Now they give birth to as watchmen or guide.

Animal differs rectangular trunk, drooping tail and a small elongated snout. Its easy and long body is ideal for fast running. Dogs have a flame-red or black hair, which, depending on the breed varieties can be rough or smooth. 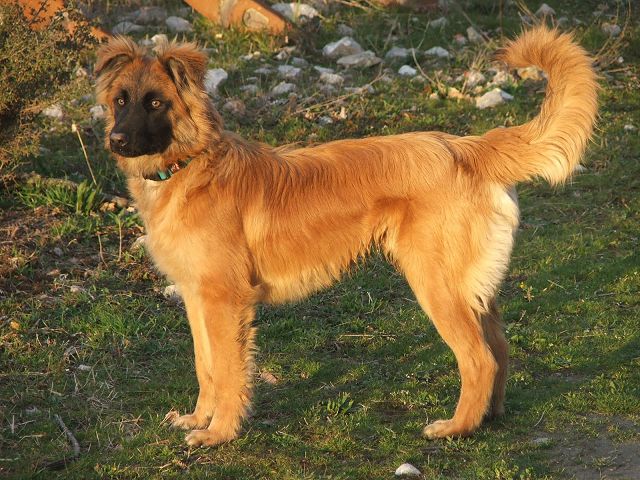 Basque shepherd dogs respond well to training. However, their nature is not as good-natured as the other shepherds: in relation to outsiders animal may behave cautiously and even harshly.

This breed includes 4 types – Groenendael, Tervuren, and the Malinois lakenua. The first two species differ in length fur shiny black or red color, which require special care; others have a short and harsh hair red color with black markings. 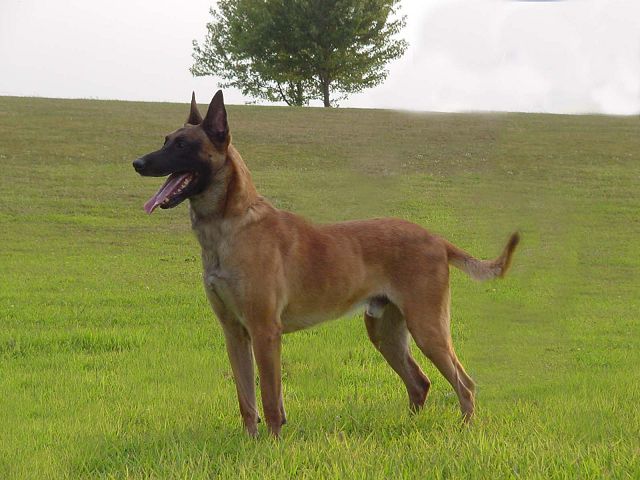 These dogs are less trainable than others Shepherd: because of the impulsivity and vigor they constantly violate discipline and do not carry out the command. The owner of such an animal would have to be patient.

Dogs of this breed is easy to find: a large and hairy, they resemble the good-natured bear. But looks can be deceiving. The apparent harmlessness of these furry creatures must not confuse: they are very aggressive and vicious. To socialize them, the owner should regularly engage in training pets.

This is one of the largest varieties of shepherd dogs – its representatives weigh 50-110 kg and 75 cm at the withers. Their wool is of particular density, fluffy and beautiful red-gray-black. Due to the luxurious coat of these animals can transfer any climatic conditions. 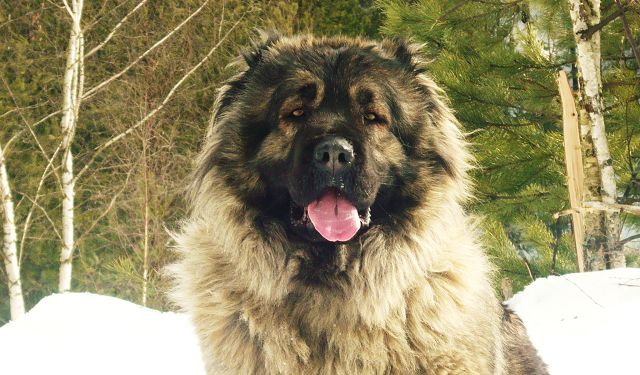 Caucasian shepherd dogs are smart and loyal. But because of the freedom and independence they often go out of hand. Before you let your pet out for a walk, the owner must ensure that his four-legged friend does not show aggression to people and other pets.

Collie – another representative Shepherd breed. These elegant graceful beauties were bred in Scotland and used to guard sheep or herd of cows.

Collie – small animal red-black-white-and-tan, and long or short hair. They are characterized by elongated snouts and small soft ears, usually laid back. When the dog is anxious, the ears take the vertical position. Tail they are usually long, downcast. 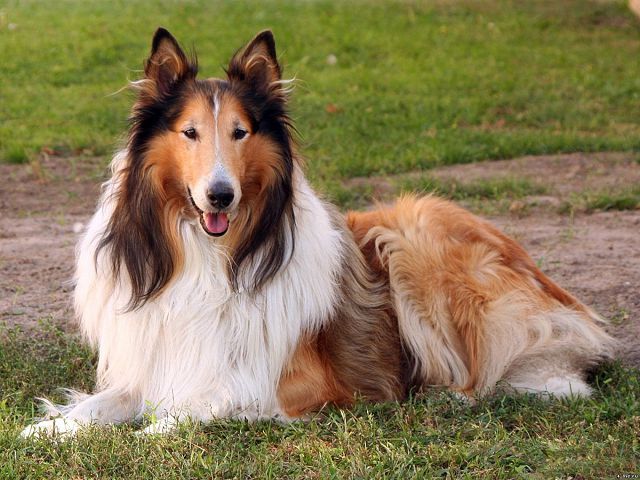 Collie well to train and get along well with people. It is not suitable for content on a chain or in a small apartment: vigorous animal likes to run and frolic in the open.

Breed, bred in Greece, has a wide forehead and a short muzzle. Wool from her stiff, black, gray or white (sometimes spotty). 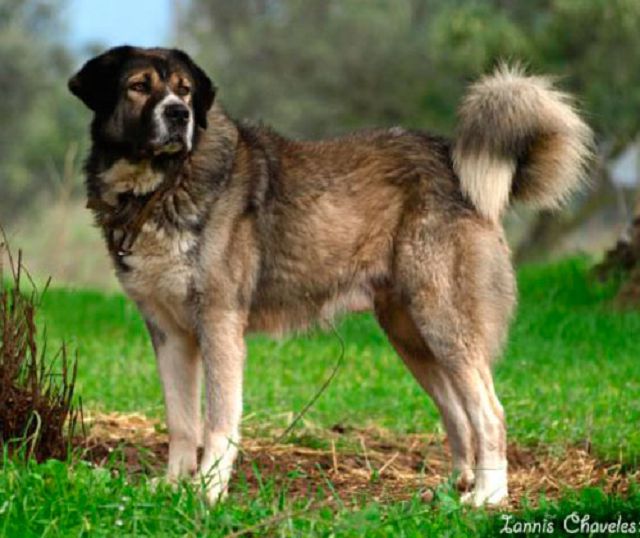 These dogs require rigorous training. Because of their mistrust and aggression they do not get along with strangers and animals, so in need of early socialization. It is best suited for such a dog guard service as kind to their territory.

Representatives of this breed were bred for protection of human habitation from the raids of wolves in Ukraine. Their distinguishing feature – a thick and long hair, which serves as an excellent protection in a fight with other animals. 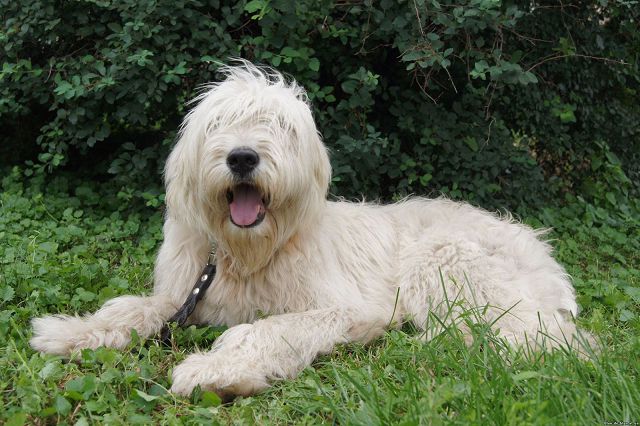 Despite the funny appearance, these large dogs have a formidable and even ferocious temper. They vigilantly guard the territory and the hosts, fearlessly rushing to any enemy.

Dogs – herding dog with a unique woolen cloak. Her hair grows throughout life and eventually braided into thin “cords”, because of which the animal begins to resemble a sheep …. It is no coincidence breeders joke that dogs – the result of “marriage” sheep and wolves. 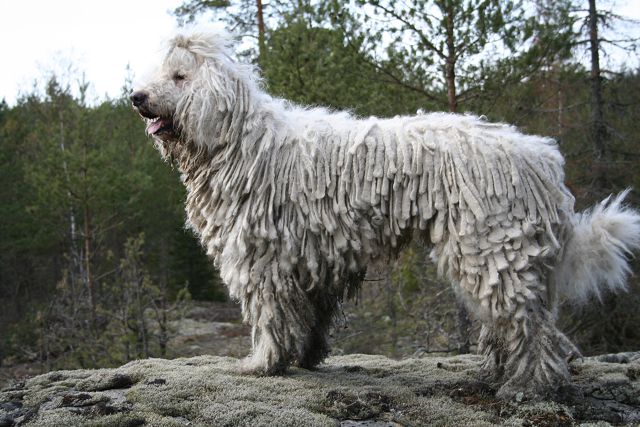 Due to the amazing thick hair, which weigh up to 7 kg, komondor impossible to bite through. This small dog can compete even with the wolf: dangerous opponent can not cause serious injury to an animal.

Beauceron – a kind of shepherd dogs, bred in France. Proportions and appearance of this animal resembles a graceful wolf: it has a lean, muscular body, slender legs slender, erect ears and a long tail lowered. 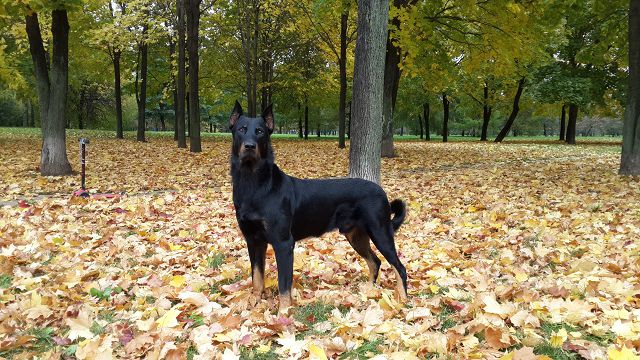 Color Beauceron remind Rottweilers: their black wool colored with small brownish-tan. They are extremely intelligent and well-digest command. However, the owner is worth considering that a pet does not react to rudeness. His love and devotion can win a relaxed and friendly attitude.

Briard – the French long-haired dog, which resembles a goat fur coat. These animals are characterized by calm temper, get along very well with kids and animals. 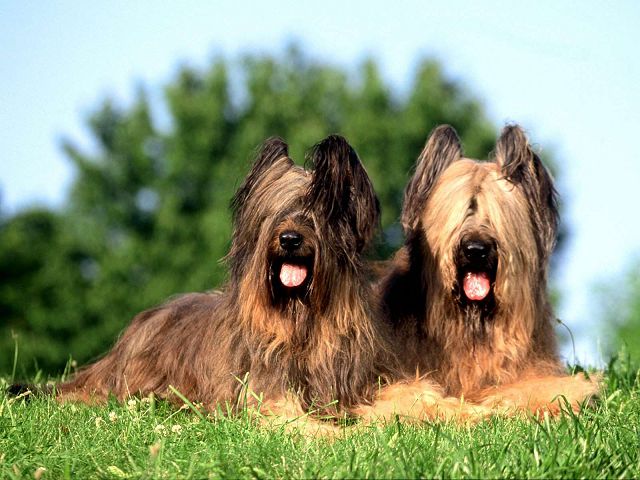 Since the most desirable for the Briard – bring a host of benefits, while training, he responds better than harsh words, and verbal praise and approval. This dog needs to be increased attention, so if the owner is not willing to spend a lot of time with my favorite, better to get another animal.

Dogs of this breed grayish hair and protruding ears resemble wolves. They are perfectly suited for home security. However, owners should keep them on a leash: Romanian Shepherd differ vicious temper and a sharp rejection of strangers.

Bengal cat eyes of a veterinarian