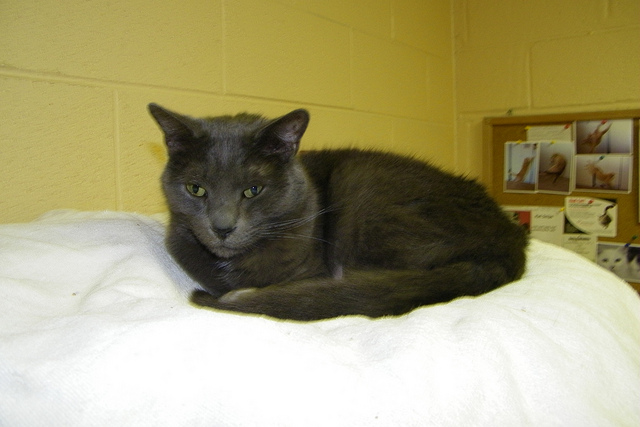 In the sick animal is affected mainly the digestive tract, respiratory system, heart. Recorded a number of symptoms that will help as soon as possible to suspect that your pet develops in the body virus.

How is panleukopenia in cats body

Panleukopenia in common called distemper cats. Surely everyone has heard about canine distemper (scientifically, distemper), and so panleukopenia is very similar to it.

disease causative agents belong to the same family, but different kinds. However, most dogs nervous system suffers from this virus, while purring pets mainly affects the intestines.

It all starts with getting the pathogen into the body of a susceptible animal (any member of the cat family, raccoons).

This can occur orally (with food or drink), and respiratory (animal breathed). In any case, the virus penetrates into the bloodstream. But with the blood he had vectored around the body.

Almost every virus has a “favorites” – the target cell. To them he is committed in the first place.

It is known that leukocytes – one of the key “protectors” organism from pathogens. Without them, the resistance is virtually nonexistent.

Nothing prevents the virus is actively multiplying and “capture” more cells, thereby killing them. Once the total number of white blood cells is reduced, Parvovirus attacks the intestinal cells and the inflammation – enteritis.

If the cat is pregnant, then her kittens will also suffer from feline panleukopenia. Placental barrier is not an obstacle.

If the pregnancy is small, there will be a miscarriage or embryos simply dissolve inside the mother. But if you have a decent life, the kittens are congenital underdevelopment (eg, cerebellum, eye).

Distemper in cats symptoms is very diverse. And all because the pathogen affects multiple organ systems. Much depends on the stage of the disease.

During the incubation period (when the pathogen has not yet been strongly active in the body), which lasts from two to ten days, recorded depression, not eating and drinking.

While the animal was very thirsty. Often it begins vomiting (yellow-green can present blood and mucus) on the latent stage diarrhea rarely registered. Because of this, it is developing dehydration.

If you carefully touch the belly, the cat will begin to worry. This is due to the fact that the intestine becomes inflamed and swells. To all these symptoms “joins” fever (temperature rise to 41 degrees or even higher).

However, just two – three days after the onset of clinical symptoms of the body temperature decreases. And it’s a bad sign.

By pre-existing symptoms added profuse diarrhea which is similar to the consistency of water. Dehydration is reinforced, visible mucous membranes become dry.

If you examine the gums, they may turn blue. Larynx swells. Look at the eyes of the animal: the sclera in the network of swollen blood vessels and dry conjunctiva, the cornea does not shine.

No purulent secretions in the corners is usually not observed.

Breathing becomes more likely, but it is not deep, as if the animal breathes not at full strength. In old animals crackles may be heard.

During happens hyperacute (panleykemiya develops instant, just as suddenly and death cat), sharp (the incubation period of 2-10 days, and the disease itself from one week to 10 days).

If time does not refer to a veterinarian, the animal may die. Mortality can reach 25-75%. Particularly susceptible young pets (up to a year). If we succeed in the veterinary clinic, the animal can be treated.

Treatment and prevention of feline panleukopenia

Do not expect that panleukopenia retreat itself. Yes, and do not do self-medicate. Only a veterinarian to properly diagnose, select competent and effective treatment.

It is understood that once the disease is viral, that a full recovery requires the use of specific hyperimmune serum (there are antibodies to the virus, which helps the body to quickly get rid of the pathogen).

As soon you noticed that your Purring refuses food (do not try to force feed her) and water, immediately measure the body temperature.

If it is high (over 39 degrees), then immediately go to the veterinary clinic. No need to bring down the temperature of their own, some “human” drugs are contraindicated for cats. And such “treatment” only exacerbate the disease.

Not to worry about your pet in the future, vaccinate it in time. you can make the first vaccination as early as 2 months of age. Re – weeks through 2. However, before vaccinations necessary “to urge” of worms, since they greatly reduce the protective reaction of the organism.

After vaccination, the cat produces strong immunity. Panleukopenia it is not terrible for a year. Therefore, vaccination (to prevent feline distemper) must be repeated every year, so that your pet is not sick.

It is important to know what your meowing one can get distemper not only clearly suffering from feline, but convalescents who still shed the virus for a long time in the environment with urine, feces, and even saliva.

Be sure to vaccinate, because fully protect against infection is impossible. Even if your cat does not go outside, parvovirus can be entered by you into the house on their shoes (you can step into the feces or urine of an animal patient, even without realizing it).

Pet sniff or lick your shoes and catch.

By insect bites rarely become infected, however, and such cases were registered.

Even after leaving the objects (for example, you took someone a bowl or a bed, used a sick animal panleukopenia) can “catch” distemper.