As the owner understands that his dog is quite healthy and happy life? First of all, it says a cheerful mood and, of course, the eyes. Shiny, clear eyes – a real mirror, reflecting the dog’s health.

However, a mirror might one day become cloudy, which will talk about the problems with the eyes of your pet. One of them is a corneal ulcer in dogs. 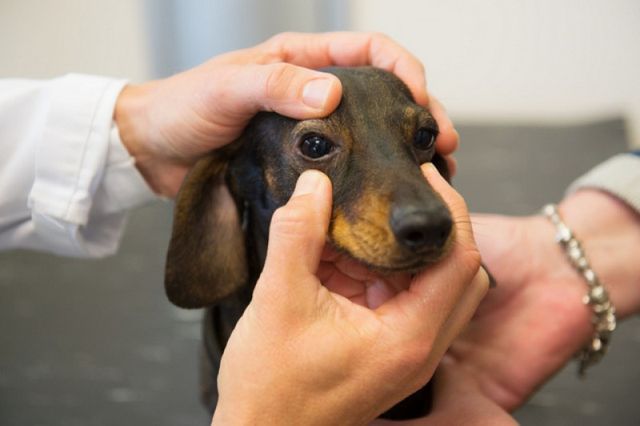 What is a corneal ulcer?

All corneal structure is very thin and delicate, so damage to any of them can cause the development of the inflammatory process. Since dog paw scratches eyes, they regularly get a grain of sand or dust can injure the cornea, but not all such injuries provoke ulcers. Most often, such sores tightened quickly and without consequences for the dog’s eyes, but some of them are starting to progress and cause inflammation of the cornea of ​​a dog, which is known as ulcerative keratitis.

corneal ulcer in a dog starts to develop after upper epithelial layer damage. The reasons for ulcer progression include:

At first, the problem with the cornea almost invisible for the dog owner, but later they begin to cause the dog pain and discomfort. At this stage the animal’s owner is already becoming clear that his pet is something wrong. 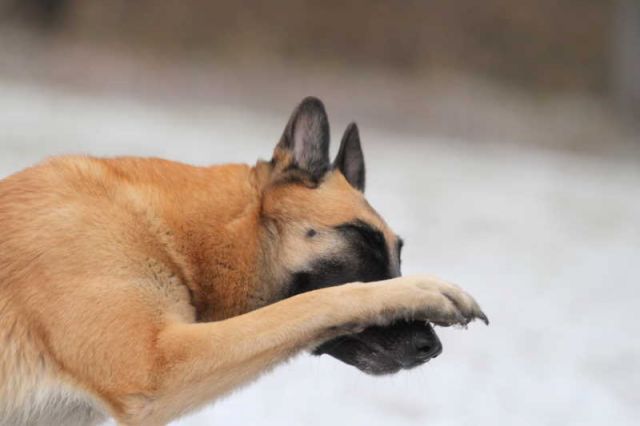 As we have noted, the dog has an ulcer on the cornea of ​​the eye is quite painful and therefore the animal’s behavior changes. In addition, there are outward signs of the disease, indicating a problem:

owner of the dog is not able to independently understand what causes eye disease, so an accurate diagnosis will put only a veterinarian.

In the veterinary clinic doctor drips into the eyes a special dye, and then examines the cornea under a UV lamp. Painting begins to glow, and the doctor sees the localization of ulcers, its dimensions, shapes, etc.

If you suspect that the infectious nature of the disease ulcers analysis of the microparticles can be assigned to identify the pathogen and prescribe adequate treatment.

Such a disease, such as corneal ulcer in a dog, includes both therapeutic treatment and surgery. Conservative therapy is used in cases when the disease is in its initial stages. Veterinarian appoints antibacterial drugs of local action that is instilled directly into the eye. Treatment is carried out by means of drops (Tobrex, iris, etc.) and eye ointments (Tetracycline, Optimmun).

Owners should pay attention to what the treatment should be carried out in strict accordance with the doctor’s appointment, which means that the dog will have to dig eye every 4 hours, and apply the ointment three times a day.

Why do I need to apply drops as often? Because hydration of the cornea occurs by washing it lacrimal fluid, and this leads to the rapid removal of the drug to the affected area. Application of the droplets through 4 chasa helps achieve the desired effect.

However, this rule completely inapplicable to drugs containing atropine. Such tools are often used in ophthalmology as well they relieve pain and spasms in the dog’s eye. After contact with atropine in a dog’s eyes dramatically expands the pupil, and she almost never sees daylight, so the use of the drug atropine can be no more than 12 hours!

It is impossible to cure ulcers of the cornea and using corticosteroids, which are successfully used in the treatment of other inflammatory processes. Getting these drugs in the affected eye produces the opposite effect, and the disease starts to progress!

In the case of the doctors running ulcerative keratitis have resorted to surgery. Depending on the design technique dispensed two kinds of operations for the treatment of corneal ulcers:

After the surgery, the affected eye closed by a special lens, which prevents relapse.

During conservative treatment and after surgery is necessary to provide a host for your pet’s complete rest and good care, since these are important components of the dog’s recovery. 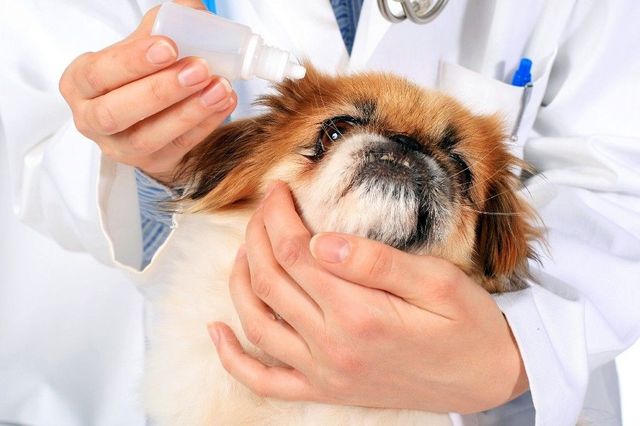 Corneal ulcer – is a serious disease, which can be complicated and lead to blindness or even death, so you should start to cure this pathology in the early stages and thoroughly implement the treating physician.

If all the conditions after the recovery you will again be bright and cheerful dog with shiny eyes!